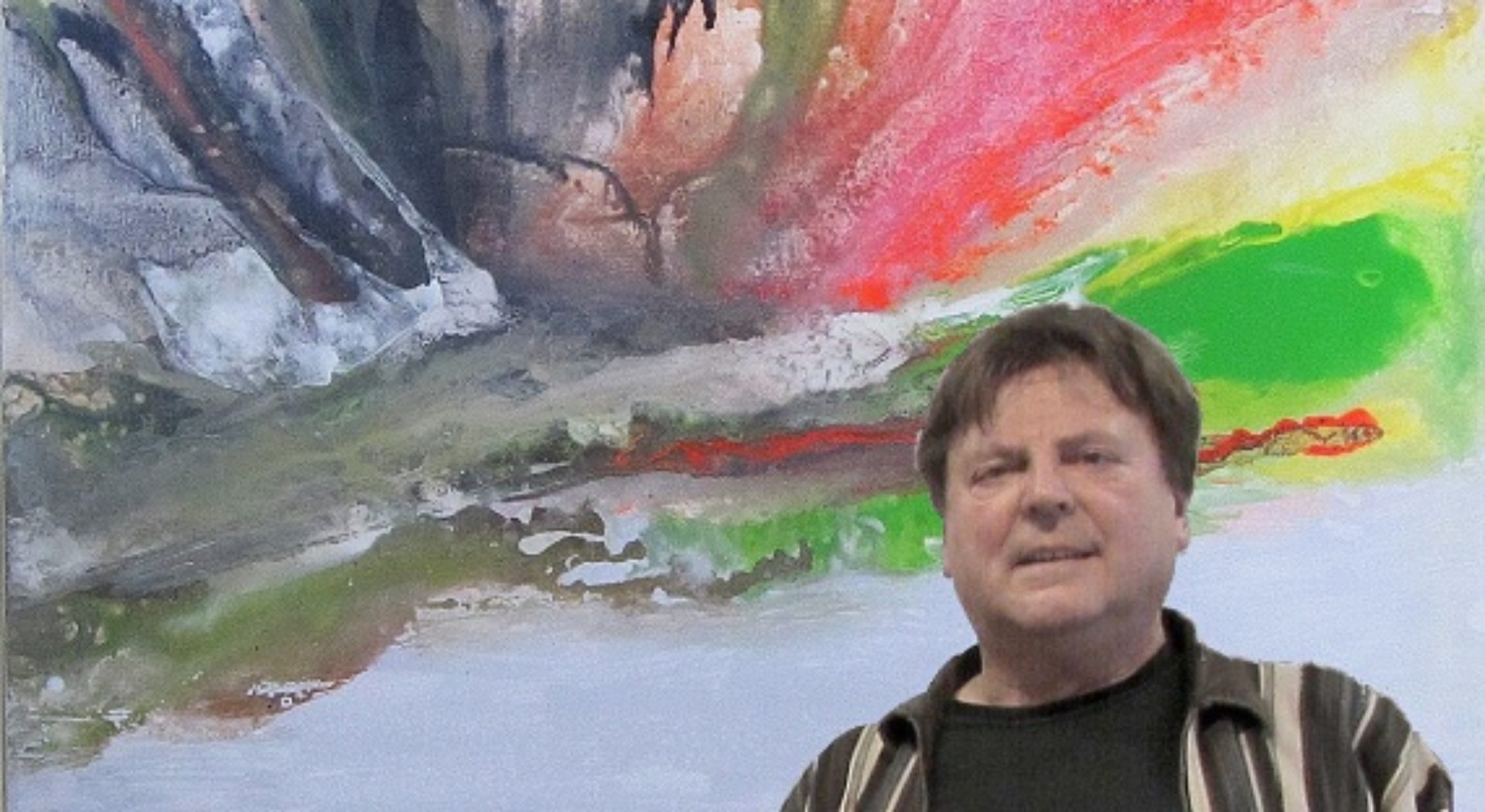 Austrian painter, born 1949 in Salzburg,
After the usual schools, he first completed an apprenticeship as a company locksmith and already practiced art as a teenager with great devotion.

He has lived in Bremen since 1971.
In the beginning he went to sea and two years later he completed his studies at the Technical University of Bremen with a degree in Technical Officer at sea.
From 1984 he devoted himself intensively to painting again, from classical themes to his present painting style Flowismus. In the middle of the 80's and at the beginning of the 90's he was often a free participant in advanced training courses of various art schools, but he never aimed at an academic art education.

Since 1995 freelance painter with studio in Bremen and exhibitions in Germany, Europe and overseas.
He is a member of the Swedish Artists Association I.A.S.E (International Artist Society Europe).

The concept of his works....
Not the real representation is my subject, but the one at the time of the Creation of an image existing emotion that ultimately the abstractly stylized design of the picture surface.

Due to external influences of a psychological and physical nature and also caused by suggestive media information, there is hardly any room for the free and carefree flow of thoughts, there is little room for an imaginative and unrestricted imagination and a harmonious coexistence of mind and body.
"In my paintings I try to create positive emotional zones in which the imagination of the viewer is stimulated and for the moment of viewing "breathing" becomes possible again!
In today's world there is hardly any room for "breathing", hardly any room for tolerance. My ambition is to keep the fantasy of the people flowing."